Does the strain of probiotic Lactobacillus Rhamnosus prevent the recurrence of BV in otherwise healthy, premenopausal women?

Bacterial vaginosis (BV) is the most common cause of vaginal discharge complaints and represents 40%-50% of all gynecological conditions encountered in primary care practice. It is characterized by an overgrowth of anaerobic and facultative anaerobic genital tract organisms (e.g., Gardenerella, Prevotella, Mobiluncus spp.) and a depletion of lactobacilli. This causes a degradation of the mucins that provide a natural barrier on the vaginal epithelium.

Among pregnant women, prevalence is estimated at 10-30% and may be higher because it is often asymptomatic. This is important because BV during pregnancy is associated with risk of premature rupture of membranes, chorioamnionitis, preterm labour and birth and post-cesarean delivery endometriosis. The economic burden of BV is mostly related to the cost of pre-term births. A meta-analysis showed that BV greatly increases the risk of pre-term delivery with an odds ratio of 2.19 (Leitich et al., 2003). A recent study showed that Canadian economic burden of pre-term births is close to $600 million (Johnston et al., 2014). The economic burden of BV in non-pregnant women is difficult to estimate but it can greatly affect quality of life and general health.

The presence of BV during an invasive procedure such as placement of IUD, endometrial biopsy or uterine curettage has been associated with post-procedure pelvic inflammatory disease and vaginal cuff cellulitis. Presence of BV also increases HIV acquisition risk (Public Health Agency of Canada, 2013). Although conventional antibiotics Metronidazole or Clindamycin are effective with a cure rate around 80%, up to one third of women have a recurrence within 1-3 months after treatment even with good compliance and approximately 50% to 80% of women relapse 1 year after treatment. This leads to cycles of antibiotic use contributing to antibiotic resistance and wipes out the good bacterial flora needed to maintain urogenital health. It has been established that probiotics may be effective at preventing BV however clinical results vary because of the range of probiotics used, the routes of administration, the duration of treatment and cohorts studied (Senok, Cochrane review, 2009).

A specific strain of probiotic, Lactobacillus rhamnosus, appears in most commercially available probiotics indicated for bacterial vaginosis. To investigate the justification for use of this strain, this article will review current literature to answer the question: Does the strain of probiotic Lactobacillus rhamnosus prevent the recurrence of BV in otherwise healthy, premenopausal women? The results will help in choosing the right product to prevent recurrence of BV.

The research papers that I found through the search done in #3 and #4 gave me the studies I needed in my analysis. The key was to find papers that included Lactobacillus rhamnosus in the intervention and applied it in the prevention of recurrent BV, not as treatment. All of the papers were accessible online or through Clinical Key database. Any additional papers relevant to the topic and for supporting data were found through scanning the references in each of the papers found in this search.

Summaries of reviewed research in no particular order. All papers are accessible by full text online or through Clinical Key database unless specified.

Research EvaluationThe papers which I could not access by full text were not included here.

Antibiotic drug treatment is indicated for all symptomatic women, whether they are pregnant or not. The aim in nonpregnant women is to relieve vulvovaginal signs and symptoms and remove the microbiological risk of infectious complications after gynecologic procedures and reduce susceptibility to STIs. In pregnant women, the goal is to decrease risk of pregnancy related complications. According to the USPSTF, the optimal treatment has not been established but include nitroimidazoles (metronidazole and tinidazole) and clindamycin. Oral and topical applications seem to be equally effective. Clindamycin however is more expensive than metronidazole.

Clinical cure rates with drug treatments are 70-90%. However, the recurrence rate is approximately 30% in the first year. Approximately 50% to 80% of women relapse 1 year after treatment. Current conventional treatment for relapses of BV is repeating initial treatment, either by Metronidazole or Clindamycin applied orally or vaginally. Patients with a history of recurrent infection are treated with suppressive therapy, usually twice-weekly with 0.75% metronidazole gel. Unprotected sex is a predictor of relapse after successful treatment and patients should be informed of that.

Why does treatment fail and recurrence happen?

There are several possible reasons. Firstly, the pathogenic strains of BV may have variable susceptibility for metronidazole with some showing even resistance. Secondly, resistance to antimicrobial agent may be due to the survival of pathogenic bacteria as a biofilm on the vaginal epithelium after therapy. Thirdly, relapses are associated with failure to establish a healthy Lactobacilli dominated vaginal flora. Lastly, reinfection may explain the high recurrence rate as suggested by the highest cure rate observed among women who abstained from having sex or consistently used condoms during treatment (Bradshaw, 2006). While conventional treatment is mostly focused on eradicating harmful bacteria, there should be added focus on restoring normal vaginal pH and use products to restore growth of healthy vaginal microbiota.

How does probiotics work in preventing recurrence?

Lactobacillus species of probiotics in the female urogenital tract act as a barrier to infection and contribute to the control of the vaginal microbiata by competing with other microorganisms for adherence to epithelium, displacing pathogen biofilm and inhibiting colonization of pathogenic bacteria. Lactobacillus rhamnosus is especially effective at doing this. Evidence suggests that it is due to its specific properties of adhesion to the cervicovaginal cells and adequate pathogen growth inhibition by competitive exclusion. A study done on this strain showed its ability in inhibiting the growth of three vaginosis associated pathogens by adhering to cervical and vaginal walls. The results showed that lacrobacillus rhamnosus has fast adherence (one hour) to the vaginal wall and acts as a biological barrier against colonization of potential pathogens such as Gardnerella vaginalis, Prevotella bivia and Candida albicans (Coudeyas, 2008). Interestingly it also showed some bacteriocidal activity towards P. bivia and G. vaginalis. This result was confimed by Ortiz in 2014. Also, the Lactobacillus casei-var rhamnosus species is the only species capable of surviving up to 7 weeks after exogenous implantation confirmed by Reid in 1994 and Ozkinay in 2005. Furthermore, Petricevic and Witt showed in a clinical study conducted in 2008 that topical administration of Lactobacillus rhamnosus enhances the restoration of vaginal flora after antibiotic treatment of BV.

What are some areas that require further research?

While there are a growing number of small studies on either oral or vaginal administration of probiotics for preventing recurrence of bacterial vaginosis, it would be interesting to see a study looking at the outcome measure of a combination of both oral and vaginal administration of probiotic including the well documented strain of Lactobacillus rhamnosus.

How do these findings support, or modify the prevention of recurrent Bacterial Vaginosis?

Considering that many BV cases are asymptomatic and it is such a recurrent and chronic condition, this state of carrying a low grade infection can potentially lead to full blown disease states later in life. Treating the recurrences of BV is therefore clinically important. Probiotics are safe to use long term and have other health promoting benefits. As prophylaxis against recurrence of BV in patients with recurrent BV, I would recommend administering a probiotic both orally and intravaginally. The oral probiotic can be taken every day while the intravaginal probiotic should be used every day before bed, after every menstrual period for 10 days for at least 3 months followed by once weekly administration. This timing protocol has been shown to prevent recurrence in the Larsson study (2008). Also it makes sense to focus on restoring vaginal flora right after menstruation as it has an alkalizing effect on the normally acidic environment of the vagina. The once weekly administration protocol has also shown to maintain healthy vaginal flora in the study by Marcone (2010).

Table A: Commercially available probiotics for bacterial vaginosis in Canada (as of 2013):

Apart from the prophylaxis with probiotics in preventing recurrence of BV, literature also suggests for patients to abstain from sexual activity or at least increase use of condoms. As well, estrogen containing contraceptives have been linked with BV recurrence and it may therefore be beneficial to consider changing the type of contraception.

In addition or as an alternative to probiotics there are other naturopathic interventions for BV which can be tried (Uraz, 2014):

1)    Vitamin D: low vitamin D status has been linked to BV therefore correcting a possible vitamin D deficiency can have a positive effect on BV.

2)    Boric Acid and Vitamin C: for restoring healthy vaginal pH. These can be inserted nightly for the duration of primary treatment. Note that boric acid can cause irritation. It is a good idea to dilute it in a carrier oil.

3)    Zataria multiflora: vaginal cream that has similar effects to metronidazole gel. However, it does not decrease vaginal itching and may cause irritation. There is no data on teratogenicity so it is not recommended in pregnancy and lactation. The cream should be applied for at least 5 days. (Simbar et al., 2008).

4)    Policarbophil-carbopol acidic gel: topical acidifying therapy which has been shown in an RCT involving 45 women with BV to be as effective as 1-week therapy with metronidazole when used daily for 1 week and every 3 days for another 5 weeks. Note that this is just one study and safety has not been established for this intervention (Fiorilli, Molteni and Milani, 2005).

5)    Herbal suppository treatment protocol: topical antimicrobial therapy. Insert a suppository containing myrrh, Echinacea, slippery elm, goldenseal root, marshmallow root, geranium and yarrow in the vagina every evening for 5 days/week for 2 weeks. Then insert a suppository containing thuja oil, tea tree oil, vitamin A during the other 2 days of the week. Follow up with boric acid suppositories to acidify the vaginal canal for 2 weeks. Then follow with 6 ovules of lactobacilli vaginally. Combine with 2-6 months of oral lactobacilli supplementation.

6)    Provo-iodine: paint the cervix and vagina with provo-iodine via a speculum examination. Follow with repopulation of healthy vaginal bacteria through lactobacilli supplementation.

Petricevic L, Witt A. The role of Lactobacillus casei rhamnosus Lcr35 in restoring the normal vaginal flora after antibiotic treatment of bacterial vaginosis. BJOG: An International Journal of Obstetrics & Gynaecology. 2008;115(11):1369-1374. 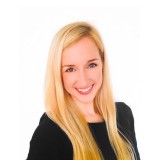 Diana Semjonov is a board certified Naturopathic Doctor practicing in Ottawa, Ontario, Canada. If you would like to schedule an appointment or set up a free 15 minute consultation, please book online at www.DrDianaND.com.